The Columbia Basin tribes are also concerned that the default change to “called upon” and “effective use” after 2024 will adversely affect their efforts to enhance ecosystem—based function through a modernized Treaty because it may:

The U.S. and Canadian Entities implementing the Treaty have different perspectives on how the called upon operation for coordinated flood risk management should be implemented after 2024.  The U.S. Entity believes it can call upon Canada to prevent river flows from exceeding 450,000 cubic feet per second (cfs) as measured at The Dalles Dam and that only eight system storage reservoirs in the U.S. need to be effectively used before this call can be made.  The Canadian Entity believes that it must respond to a call from the U.S. only to prevent flows at The Dalles from exceeding 600,000 cfs and only after the U.S. has effectively used all available storage in the Basin. The U.S. Army Corps of Engineers has determined that damages begin to occur at flow levels above 450,000 cfs as measured at The Dalles and that substantial damages occur when flows exceed 600,000 cfs.

Neither perspective addresses the management of an 1894-type flood event, where the unregulated flow was estimated to exceed 1,200,000 cfs as measured at the current location of The Dalles.  The Corps has indicated that in light of current reservoir capacity, which is substantially less than what Congress called for in authorizing legislation in the 1950s and 1960s, it would strive to manage such an event so as not to exceed 750,000 cfs at The Dalles.

Because of the serious questions about the Basin’s capability of addressing major flood events and the limitations on ecosystem-based function from post-2024 called upon operations, the tribes support the pursuit of congressional authorization and appropriations for a region-wide public process to assess potential changes to the current level of flood risk protection in the Columbia Basin. Such a process should be initiated in 2014, or as soon as possible thereafter, but must be completed before 2024.  Congress should authorize a comprehensive approach open broadly to input from the public and stakeholders which addresses all options to manage both medium and high flow events.  The process should include a review of infrastructure capacities and capabilities, floodplain management, Columbia Basin reservoir operations, and levees – both strategic improvements to existing levees and the potential need for additional levees. The process should also evaluate and address potential impacts to other river uses and infrastructure such as navigation, bridges, and other transportation features, hydropower, irrigation, recreation, fish and wildlife, and cultural resources.

Reacting to a Disaster 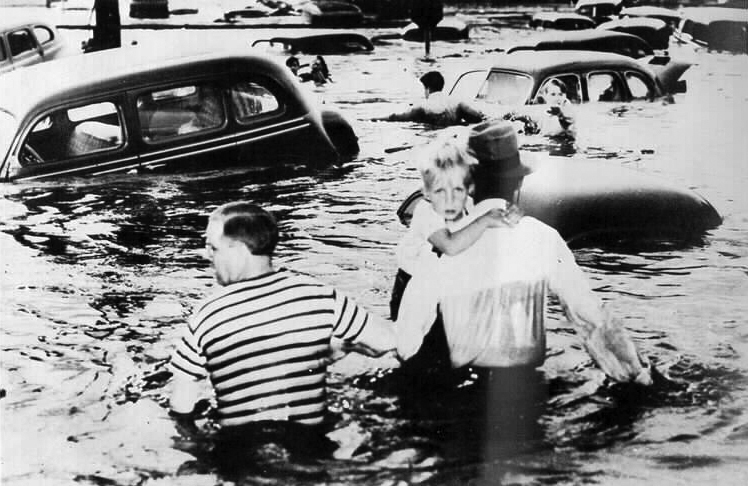