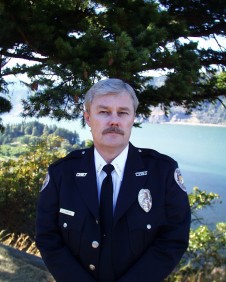 It was with heavy hearts that we received word that John Johnson, former Chief of CRITFC Enforcement, had passed away on October 12. John had served CRITFC for 26 years and was passionate about the organization’s mission and the role the Enforcement Department played in protecting tribal sovereignty. John started working for the Commission in 1984, two years after CRITFC Enforcement was founded. He advanced through the department, beginning as a patrol officer and eventually leading the department in 1986. John stayed in that position until his retirement as the Chief of Enforcement in 2010. John’s years of service and dedication did not go unnoticed by the tribes and tribal members. He was honored to be given the name Plush Xaalish (White Wolf) by a Yakama elder. His contributions to our work are immeasurable and he will be missed greatly.