Survival of the Fittest

Survival of the Fittest

A virus outbreak that killed nearly 30,000 sturgeon at a federal research hatchery this year has spawned an intensive study into how the fish resists the deadly infection.

CRITFC biologists and the U.S. Fish & Wildlife Service are looking into how a small group of yearlings—representing only 1 percent of the original population—survived the outbreak of white sturgeon iridovirus (WSIV) between October 2001 and March 2002. The outbreak occurred at the Abernathy Fish Technology Center in Longview, Wash. It is one of seven research centers nationwide that are operated by the Fish & Wildlife Service to provide technology and scientific information to fish hatcheries and fishery managers.

Blaine Parker, sturgeon project biologist in CRITFC’s Fish Management Department, says 441 surviving sturgeon measuring 6 inches to 15 inches long were released into the John Day Reservoir upstream from Roosevelt, Oregon, on Oct. 17. But a handful of yearlings were left at the hatchery so researchers can monitor their progress.

Typically, fish involved in an outbreak at a hatchery are destroyed, but Parker says he and other scientists decided to “ride out” the WSIV spate and use the surviving sturgeon as guinea pigs to determine whether they continue to carry evidence of the bug. “We’re currently holding a number of fish and we’re going to test them periodically,” he says. “We’re trying to get as much information from this [outbreak] as possible. In most cases, when people have sick fish, they kill them, throw them in the garbage, and take them to a landfill. By actually hanging on to these fish in a research sense, over time we can track the changes in their cell tissue.”

The fish were spawned at the hatchery in June 2001 as part of a cooperative, 4-year-old effort between CRITFC and the Fish & Wildlife Service to restore declining mid- and upper-Columbia River white sturgeon populations using adult wild sturgeon as broodstock.

In November 2001, some of the juveniles began swimming erratically and weren’t feeding well. Fungus was growing in their gills, and on their mouths and noses. Tissue samples were taken from the fish and sent to the University of California at Davis for electron microscopy, which found that “we had a raging outbreak of WSIV,” Parker says.

Although they had started with 30,000 sturgeon, biologists had fewer than 1,000 fish by spring 2002. “By that time, the fish that survived weren’t sick anymore,” Parker says. Still, the scientists didn’t have enough sturgeon to conduct any research. “You would have let them go in the river and they would have basically disappeared” because the numbers are so few, he says.

Parker attributes the outbreak to the sturgeon’s high stress in the hatchery environment. The fish already possess the pathogen for WSIV, but it can become active when they’re frequently handled by biologists, moved from tank to tank, or placed in large, crowded groups. In contrast, sturgeon in the wild may never display WSIV symptoms since food is abundant, competition with their own species is reduced and human contact is minimal. “But you put fish in culture, you have to manipulate and constantly monitor their water, their food, their air. It’s not a natural environment. So there’s always some level of stress,” he says.

Good fish culture also requires that sturgeon be periodically weighed and measured. At one point, the Abernathy fish were growing so rapidly that they had to be moved from indoor rearing tanks to outdoor tanks to prevent overcrowding. “Well, unbeknownst to us, when you keep doing this, you’re getting some individuals with a higher and higher level of stress,” Parker says. “All that handling, combined with whatever other stress levels they had, caused them to break with the virus.”
If enough fish become stressed and sick, the disease can reach pandemic proportions, as happened at Abernathy in November 2001. By spring of 2002, the outbreak had run its course, with the surviving fish growing and doing well. But there were signs that even the surviving sturgeon had fought the virus. “You could see evidence in their cells of an infection,” Parker says. “Cells were aberrant, deformed.”

The surviving sturgeon, however, presented a problem as rearing space was limited at Abernathy and the 2002 offspring needed room occupied by the 2001 fish. CRITFC and Abernathy staff had no other use for the remaining 2001 fish and did not wish to destroy them. After some discussion, biologists with the states of Oregon and Washington agreed with CRITFC staff to allow the yearlings to be released into the John Day Reservoir after biologists demonstrated the fish pose no threat to the native sturgeon population due to their small number and relative good health. “They’re not going to contribute to the detriment of any fisheries,” Parker says. “By the time these fish are of harvestable size, there’ll probably be only less than 100 of them left, simply through natural mortality and departure from the system.

Parker, who has conducted sturgeon research at the Abernathy Fish Technology Center since 1995, says CRITFC is helping manage about 23,000 sturgeon from two recent spawnings at the center. Most of the fish will be released next year into the Rock Island Reservoir, located on the Columbia River near Wenatchee, Wash., where sturgeon recruitment has been nearly nonexistent. “There are very few sturgeon in that reservoir, although there seems to be sufficient habitat,” Parker says.
In drought years, such as 2001, sturgeon recruitment virtually ceases throughout the Columbia Basin, including the Snake River. When drought conditions persist for several years, the gap in recruitment reaches farther and farther up and down the basin.

“So what happens in 2001 affects the population 20 years later, even 30, 40 or 50 years later,” Parker says. “A lot of the work we’re doing is an attempt is to buffer the peaks and valleys in sturgeon recruitment.”

Meanwhile, research continues at the hatchery. Biologists are capturing wild-reared juvenile sturgeon and putting them through stress tests in quarantine conditions while looking for evidence of infections, such as iridovirus, as well as other undocumented diseases. Their findings are expected to be published soon in a fish health journal.

Fish & Wildlife Service pathologists also are conducting virus “challenges” in which fish that survived the outbreak are placed in a tank with young fish captured recently in Idaho. Only a wire divider separates the two groups.

“The water is allowed to go back and forth,” Parker explains. “Some of those groups are stressed, some of them aren’t stressed. Sometimes only one group is stressed so we can try to tease out the virus. Ideally, we’d like to be able to test—for lack of a better word—the hotness of a fish before it spawns. How heavy of a pathogen load is it carrying? This would allow us to minimize the risk of an outbreak in a hatchery. Fish with a high pathogen load would be less desirable to spawn than fish with a light pathogen load. This may be very important in the future if we need to rely on supplementation to restore populations in trouble.” 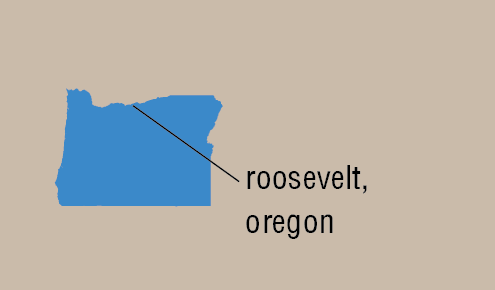 We’re trying to get as much information about this outbreak as possible.