Above: Yakama leader Wilbur Slockish explains how difficult the situation is at the Lone Pine In-lieu Fishing Site near The Dalles, Oregon.

On March 29, Representative Earl Blumenauer and Senator Jeff Merkley were guided on a tour by tribal leaders to four Zone 6 in-lieu and treaty fishing access sites that highlighted the tribal river housing crisis. 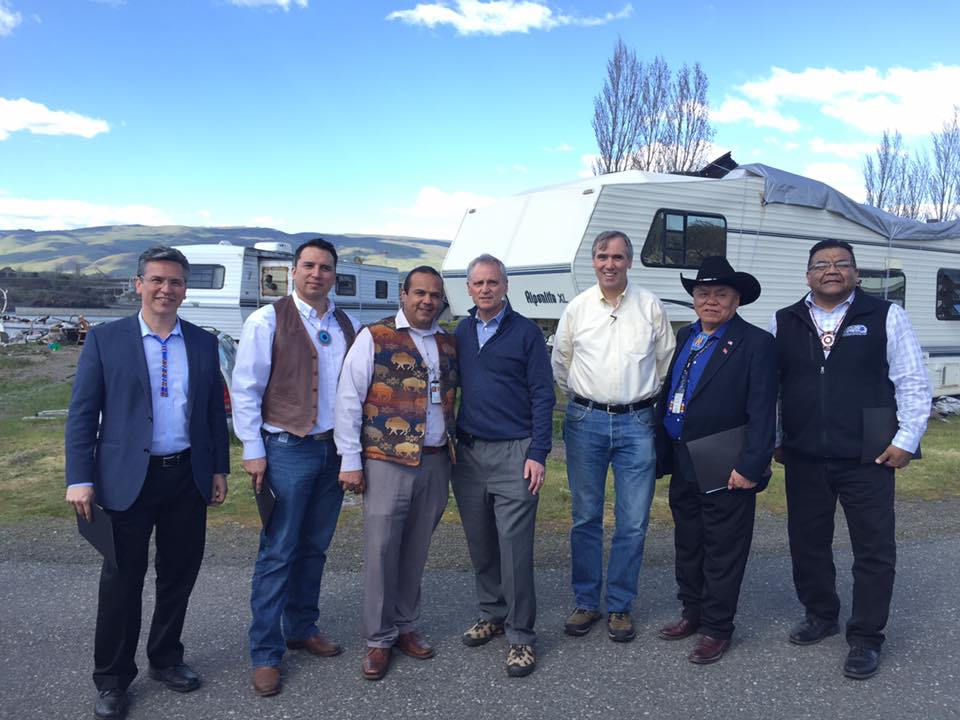 The tour was requested by the two congressional leaders, who wanted to see firsthand the conditions after the situation was detailed in a recent Oregonian feature story about the sites. In an article about the tour in the Oregonian, Senator Merkley said, “I was unaware of the dimension of the villages until the story that has been shared this last year. What better time than now to tackle this.” 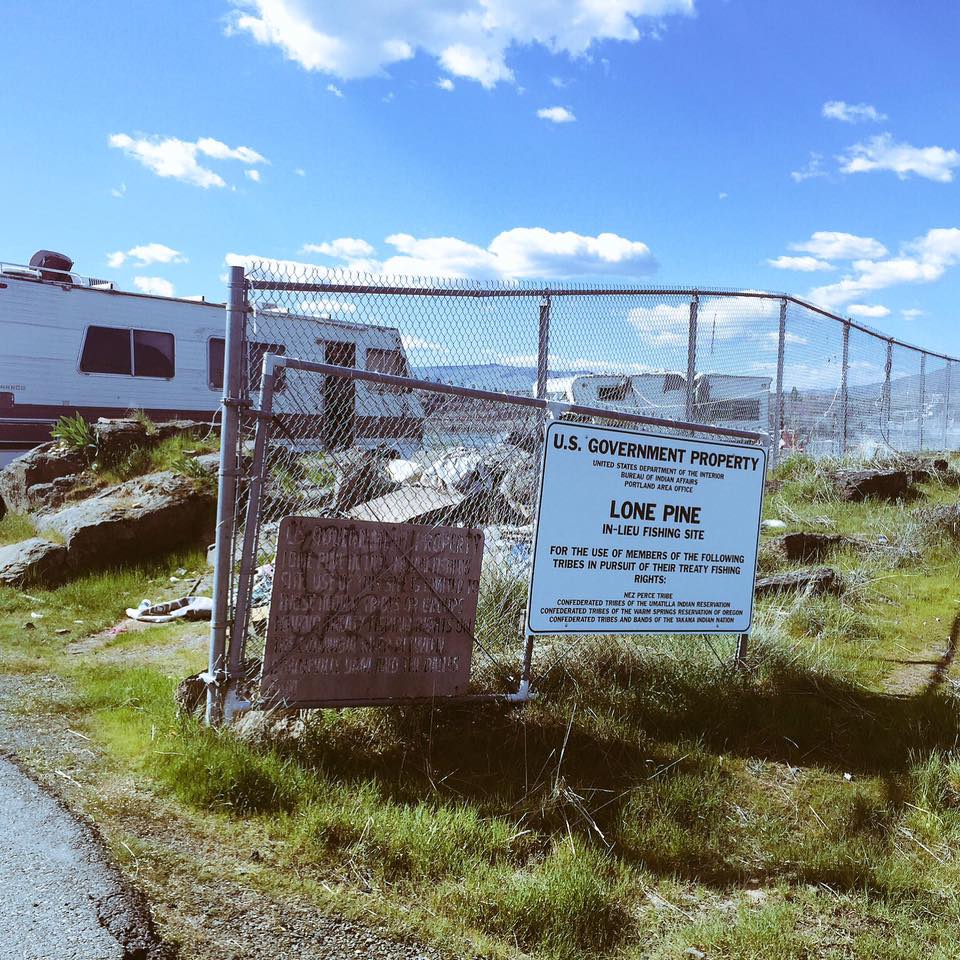 The entrance to the Lone Pine In-lieu Site.

Many tribal members along the river today suffer in substandard living conditions as a consequence of displacement by the construction and operation of the federal Columbia River dams. The loss of tribal villages and homes has been a contentious issue for decades. The tribes continue to insist that as long as the dams exist, the United States has a continuing obligation for the impacts caused by the dams, including the loss of villages and homes along the river.