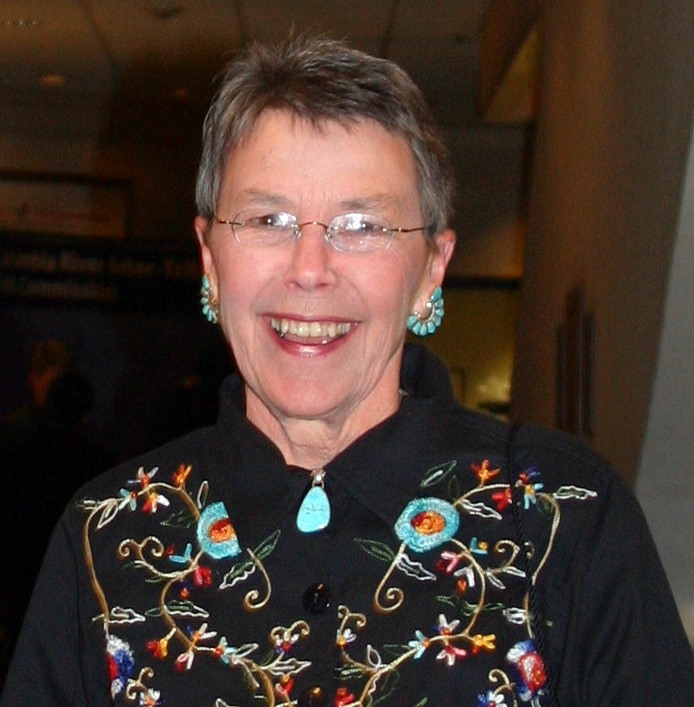 Elizabeth at CRITFC’s 2006 Wy-Kan-Ush-Pum Gala where she announced and gave out that year’s Spirit of the Salmon awards.

The Columbia River Inter-Tribal Fish Commission mourns the loss of Elizabeth Furse. Her advocacy for Native people was tireless. Elizabeth was a friend to the Indian people of the Columbia River. Her generous smile and welcoming presence endeared her to the leaders and staff of the Commission.

Her passion for social justice lead her to get involved with tribal issues in the Puget Sound in the 1970s. This began her half century of commitment to fighting for tribes and tribal sovereignty. She lent her voice to speak up for the tribes in her involvement in a number of organizations including the Western Washington Indian Program and the Native American Program of Oregon Legal Services and helping found the National Coalition to Support Indian Treaties, and Columbia Riverkeeper. She continued to provide unwavering support for the tribes during her terms in the US Congress representing Oregon’s 1st congressional district. CRITFC Commissioner Wilbur Slockish, Jr., a member of the Yakama Nation, said, “Elizabeth was great ally in Congress when the tribes didn’t have many.”

After retiring from Congress, Elizabeth continued her work supporting tribal sovereignty by establishing the Institute for Tribal Government at Portland State University.

Elizabeth appreciated the importance of water, salmon and other First Foods to the Columbia River treaty tribes. She believed in the serenity of nature and the peaceful co-existence of people and their natural surroundings. She leaves many legacies and she will be missed.