Portland, Oregon – Salmon swimming above Grand Coulee Dam is either a dream or a memory, depending upon on your age. A two-day conference in Portland, Oregon this week will bring together innovators, scientists, and government officials to explore the real possibilities of restoring salmon above previously impassable dams, something long dismissed as being technically impossible, politically unachievable, or both.

The 2014 Future of Our Salmon Conference on April 23-24 at the Oregon Convention Center will focus on restoring fish passage that would allow salmon, lamprey, sturgeon, bull trout, and other migratory and resident species to return to their historical range throughout the Columbia and Snake river systems. The conference will also seek to develop a unified regional strategy on how to accomplish this goal. 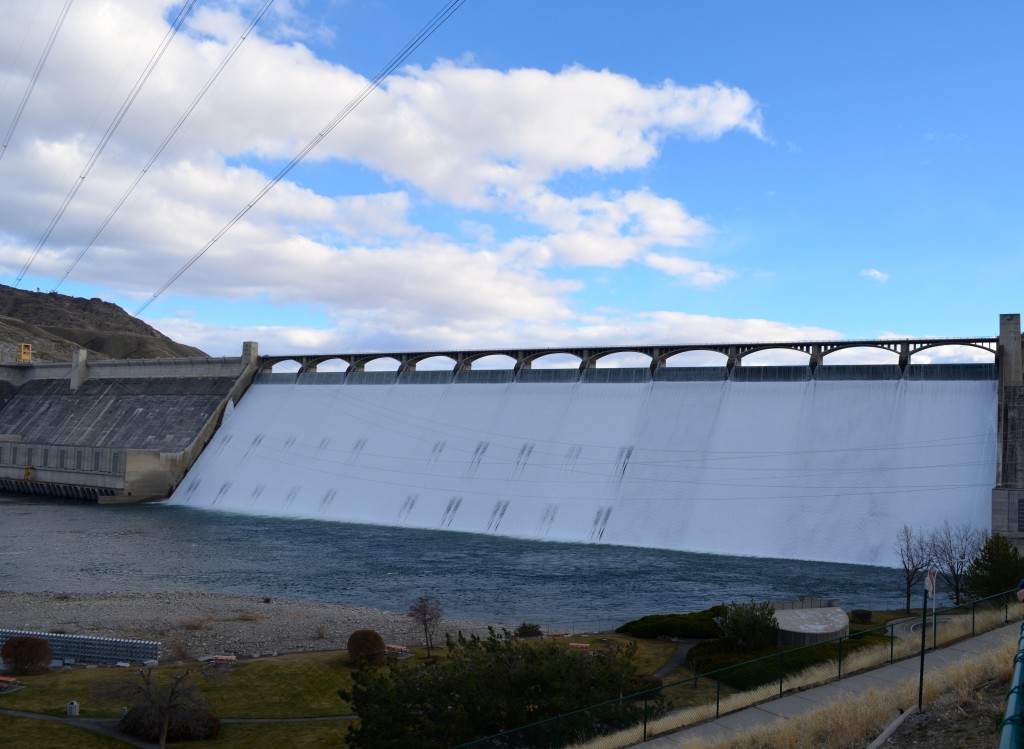 Grand Coulee Dam has blocked all fish passage into the Upper Columbia since it was completed in 1941.

ssage projects throughout the Columbia River system, explore the economics of fish passage projects, discuss engineering strategies and experimental designs and discuss the cultural and legal perspectives on fish passage to all historical locations.

“We will demonstrate the capabilities for fish passage at any dam,” said Paul Lumley, executive director for the Columbia River Inter-Tribal Fish Commission. “The regional questions is when, not if, passage can be restored to all historical locations.”

Leading up to the conference, a technical workshop was held in March to review recent advances in passage technology, identify passage obstacles, and explore viable fish passage solutions. The technical workshop presentations are available at https://bit.ly/FOOStechnical.

The conference is for federal, tribal, First Nation, state, provincial, and local government representatives; Indian, sport, and commercial fishers; environmental organizations; and anyone else interested in restoring healthy, sustainable populations of anadromous and resident fish throughout the Columbia River Basin. Registration is available online or at the door. For more information on the conference or to register visit: www.critfc.org/future.