The Native American Fish and Wildlife Society (NAFWS) honored two Columbia River Inter-Tribal Fish Commission (CRITFC) patrol officers at its annual conference where Officer Jerrod Daniel received the Chief Sealth Award and Officer Russell Spino was named the Conservation Officer of the Year for 2013. Their awards represent the first time two individuals from the same organization have been recognized in the same year for their dedication and achievements.

Presented annually, the NAFWS’s Conservation Officer of the Year Award is bestowed upon a NAFWS member who “exemplifies dedication and hard work to the enforcement field.” The Chief Sealth Award is given to “an outstanding natural resource manager who has made a significant and positive impact on Native natural resources.”

“The recognition of Officers Daniel and Spino in the same year is a real testament to the quality of enforcement officers that work along the Columbia River,” said Davis Washines, CRITFC Chief of Enforcement. 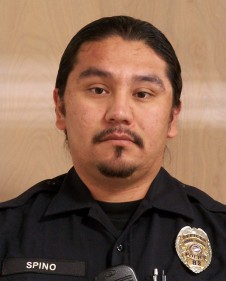 Chief Washines nominated Officer Spino for his work on the Columbia River and dedication to service to tribal fishers and their communities. Spino is a member of the Confederated Tribes of the Warm Springs Reservation of Oregon. He entered fisheries enforcement 12 years ago after seeing tribal efforts to rebuild salmon runs and believed that fisheries enforcement and resource protection was a way that he could contribute to those efforts.

“There are hundreds of tribal conservation officers across Indian country that are dedicated to what we do,” said Officer Spino. “I am honored to have received this award.” 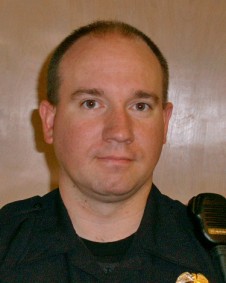 “Chief Sealth has always been an inspiration to me,” said Officer Daniel. “His words have always resonated with me and I’m very thankful to have been selected for this award.”

As members of CRITFC’s enforcement team, they are responsible for the protection of treaty rights, tribal fishing resources, and tribal cultural resources along the Columbia River of the four Columbia River Treaty Tribes.

The awards were presented on May 8 during the annual awards dinner at the NAFWS annual conference in Scottsdale, Arizona.

The Native American Fish & Wildlife Society is a non-profit membership organization with 224 tribes represented. The society’s mission is to assist Native American and Alaska Native tribes with the conservation, protection, and enhancement of their fish and wildlife resources.