The Founding of CRITFC

Since time immemorial, the tribes of the Columbia Basin have enjoyed and exercised the right to harvest fish in their homelands. They managed this resource, along with the other natural resources upon which they depended, using traditional wisdom and knowledge passed down for generations.

“The exclusive right of taking fish in the streams running through and bordering said reservation is hereby secured to said Indians; and at all other usual and accustomed stations, in common with citizens of the United States.”

In the 1960’s and 70’s, a variety of court cases and legislative actions began to reaffirm the tribes’ treaty fishing rights, the most prominent being U.S. v. Oregon U.S. v. Washington. One interpreted the tribal treaty fishing right to mean the tribes were entitled to a fair share of the salmon harvest and the other ruled that a fair share meant half of the harvestable fish. Another federal court case that benefitted the tribes’ efforts to protect their treaty fishing rights was the Indian Self-Determination and Education Assistance Act of 1975, which provided authority for tribes to take over functions formerly carried out by federal agencies on behalf of tribes. Also, Confederated Tribes of the Umatilla Indian Reservation v. Callaway (D.Or 1976) held that the effect of dam operations on salmon and on tribal fisheries needed to be considered in the context of the treaty fishing right. With these rulings and laws came a significant increase in the demands of tribal management resources—resources that the tribes didn’t have at the time.

To answer this demand, the four treaty tribes joined forces to create the Columbia River Inter-Tribal Fish Commission in 1977. It was established to provide coordination and technical assistance to the tribes in regional, national, and international efforts to ensure that treaty fishing rights issues are resolved in a way that guarantees the continuation and restoration of tribal fisheries into perpetuity.

This logo shows the importance of salmon and the rivers to the tribes. The four feathers symbolize the four tribes working together. 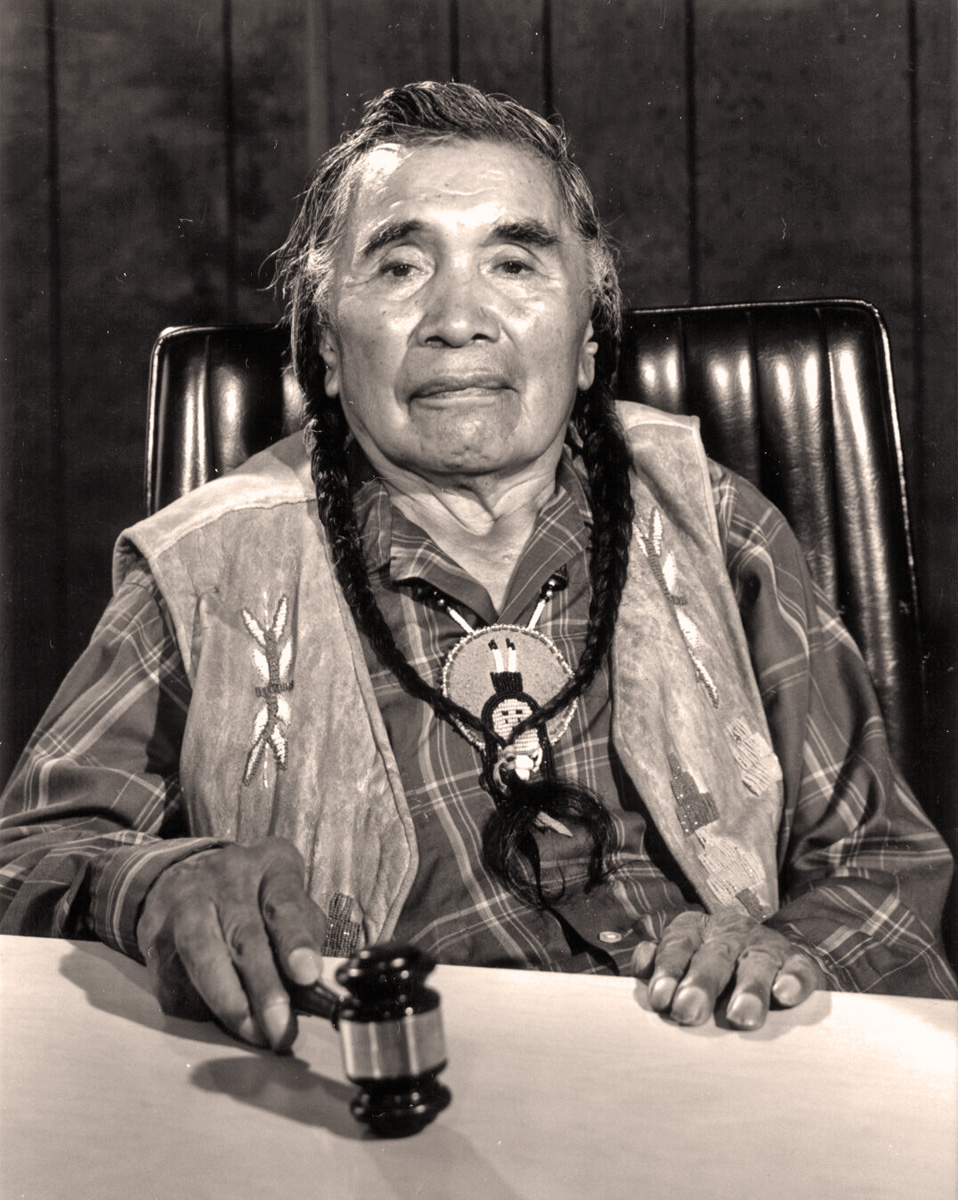 Yakama Chairman Watson Totus signed the CRITFC constitution on behalf of his tribe in 1977.