Although the number of fish returning to the Columbia River and its tributaries has been inconsistent, the reliance of Pacific Northwest tribal communities on salmonas an economic resource has always been, and will remain, a significant component to tribal culture, subsistence, and livelihoods.

Recognizing the importance of the salmon to the tribe’s lifestyle, and the complexity of selling salmon in very competitive markets, CRITFC developed its Salmon Marketing Program to help increase the economic value of the commercial treaty fisheries. This program evaluates and implements strategies to target new markets and provide greater income and teach the younger generation the importance of continuing the treaty fishery tradition.

The Salmon Marketing Program provides services to Indian fishers including:

Columbia River Indian-caught salmon is making its way into a number of different markets. Through a partnership with Ecotrust and Oregon State University’s Food Innovation Center, tribal fishers are learning how to develop product recipes, packaging and shelf life testing while providing fishers with important information on business practices, important components to the success of the commercial tribal fishery.

These strategies have paid off and in some cases; the price that a tribal fisher could receive for their fish has increased by over 300 percent. The public has become aware of the quality, taste, and health benefits of wild salmon, and appears to be interested in knowing who is harvesting and selling salmon to them. A number of buyers have expressed how they used to come to Celilo Falls with their parents or grandparents to buy salmon from the Indian fishers. For many buyers, it’s an important and special memory to participate in this tradition. As a result, the buyers are once again plentiful along the river and the total revenue of the fishery has increased. The increase in sales to the public and to commercial buyers has allowed tribal fishers to increase their income and support their families and communities – communities that see the re-investment of salmon dollars into the local economy.

The changes in the marketing of Indian-caught salmon complement a new, tribal, state-of- the art fish processing plant at East White Salmon, Washington. The facility houses a blast freezer, freezer, refrigerator, and an ice machine that can produce 10-tons of ice per day. The processing center will provide an opportunity for the tribes to take greater control of their natural resources and become an equal player in the salmon market.

The four tribes continue to build upon the successes of the program’s marketing efforts. And with some help from Mother Nature, continued best-harvest management strategies, and improved watershed and water quality practices, the opportunities for young tribal fishers to carry on the tradition of treaty fishing remains bright.

Salmon for the Public 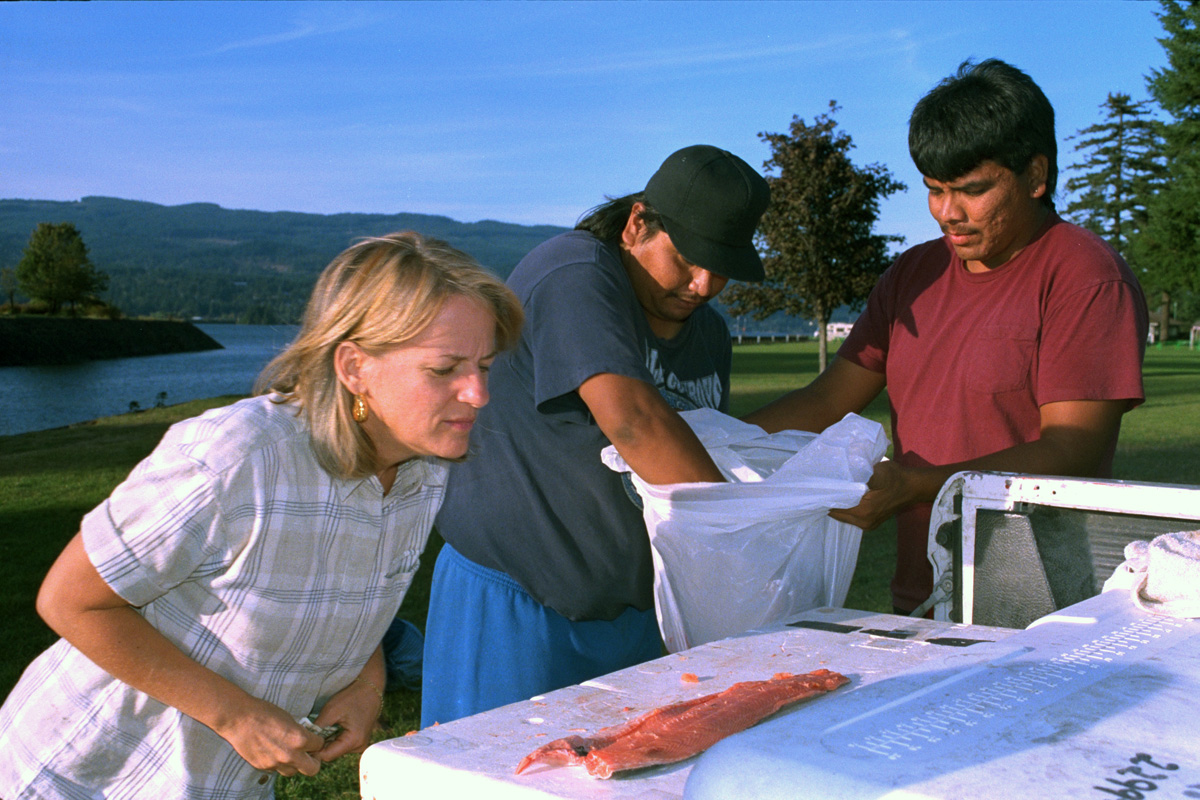 As the quality of the Columbia River Indian Salmon Harvest has increased, so has the price that consumers are willing to pay for this classic Northwest food.