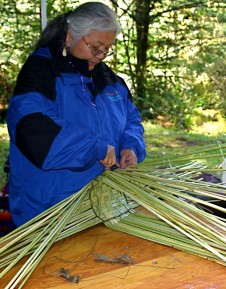 Confederated Tribes and Bands of the Yakama Nation

Mount Adams, the Klickitat River and the Yakima River are among the defining features of the 1.2 million-acre Yakama Indian Reservation in south central Washington.

Today, representatives of each of those bands and tribes make up the Yakama Tribal Council. A general council includes all tribal members over 18 years of age. In 1993, the Tribal Council voted to change the spelling of the tribe’s name from “Yakima” to “Yakama,” the spelling that appears on the 1855 treaty.

The tribe, which uses an interdisciplinary and sustainable approach to care for the land and natural resources, operates a fisheries program with approximately 40 employees. Among its fisheries projects is its unique work with the U.S. Department of Energy to use abandoned intake settling ponds at the Hanford Nuclear Reservation to acclimate about 500,000 fall chinook juveniles before releasing them into the Columbia. (The concrete pools were tested and found to have no contamination.) The Yakama Indian Nation co-manages the Columbia, Wind, White Salmon, Klickitat, Yakima, Wenatchee, Methow, Entiat and Okanogan rivers.

The tribe has usual and accustomed fishing places in many locations both in and outside the Columbia River Basin. Salmon continue to be the lifeblood of the over 10,200 (2011) Yakama tribal members. 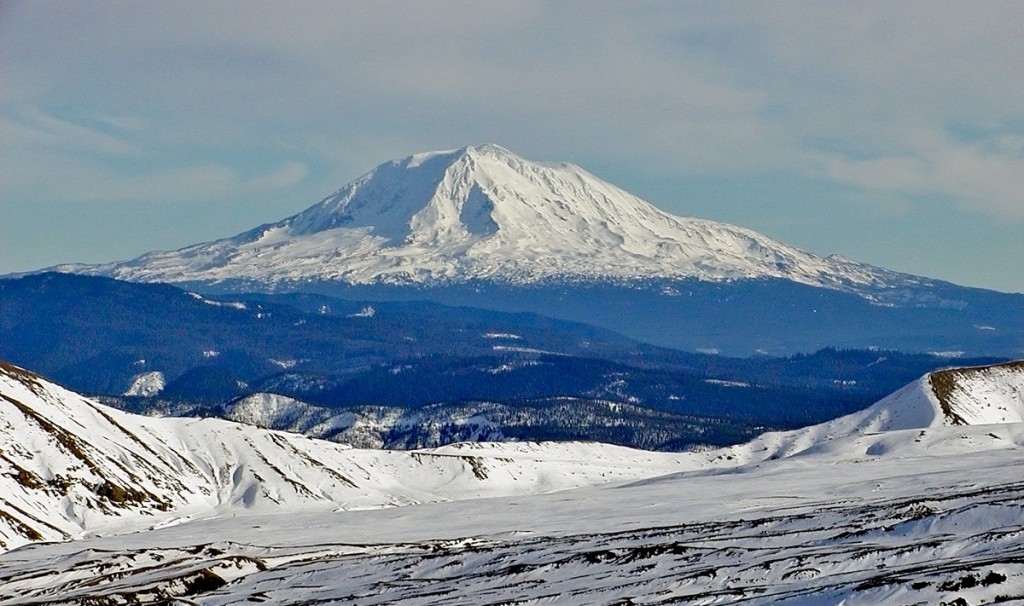 At 12,306 ft, Pahto (Mount Adams) is the second highest peak in Washington. The eastern half of the mountain lies within the Yakama reservation. 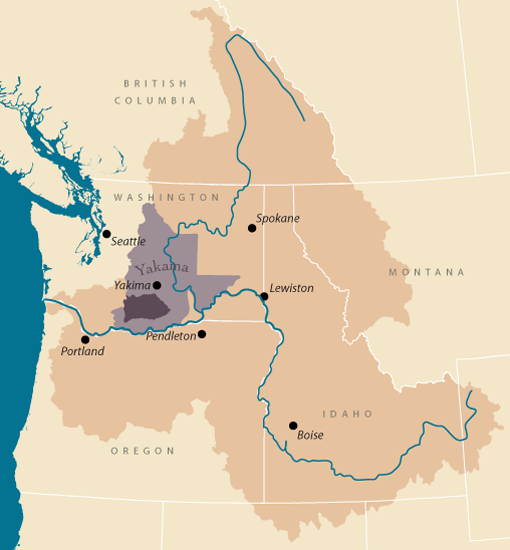 The Yakama reservation is purple and the land they ceded to the United States is light purple. The Columbia Basin is in dark tan.

Yakama at a Glance