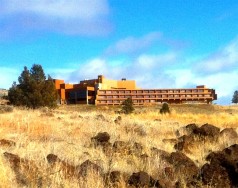 Kah-Nee-Ta Village was completed in 1964 and named for the Indian woman Xnitla, “Root Digger” who had owned the property. Xnitla was a scout and spiritual leader who used the natural hot springs and indigenous plants and roots for medicinal purposes and religious ceremonies. The Lodge and Convention Center operated from 1972 to 2018.

Confederated Tribes of the Warm Springs Reservation of Oregon

A 640,000-acre reservation in north central Oregon is home to a confederation of three tribes: the Warm Springs, Wasco, and Paiute tribes.

The Warm Springs Tribe is made up of the Upper Deschutes (Tygh), Lower Deschutes (Wyam), Tenino, and John Day (Dock-spus) bands. The Wasco Tribe is made up of The Dalles (Ki-gal-twal-la) and Dog River bands. Several Paiute bands from southeastern Oregon were removed to the Warm Springs Reservation in 1869. In 1855, the Warm Springs and Wasco tribes treated with United States in the Treaty with the Tribes of Middle Oregon, ceding 10 million acres of aboriginal lands to the United States. Today, the enrolled membership of all three tribes totals over 5,000 (2011). Over 3,300 of those members reside on the reservation, with the tribal headquarters located in Warm Springs, Oregon.

The Cascade Mountains flank the Warm Springs Reservation on the west, and the Deschutes River forms its eastern border. This river supports spring chinook, fall chinook, and steelhead. Tribal members still fish with dip nets and set nets from wooden scaffolding at the falls near Sherar’s Bridge.

The reservation government is led by an 11-member tribal council. Three are chiefs who serve life terms, and the remaining eight are elected from reservation districts for 3-year terms. The Warm Springs tribe co-manages the Columbia, Deschutes, Fifteenmile Creek, John Day and Hood River watersheds. The U.S. Fish and Wildlife Service operates a chinook hatchery on the reservation. 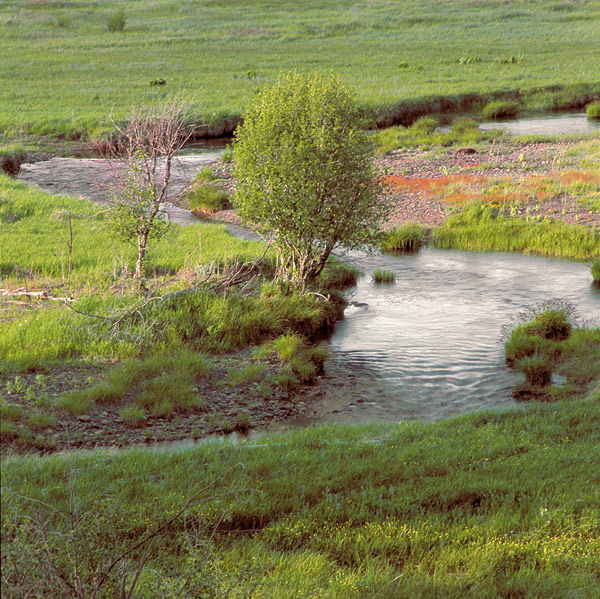 The Warm Springs Tribe acquired the Oxbow Ranch on the Middle Fork John Day River in 2001 to protect the productivity of this critical stretch of river. The ranch contains key spawning and rearing habitat for spring chinook and steelhead, and is one of the last three stretches of the Middle Fork with threatened bull trout. The tribe has been working to undo years of damage caused by gold dredging that took place in the stream several decades ago. 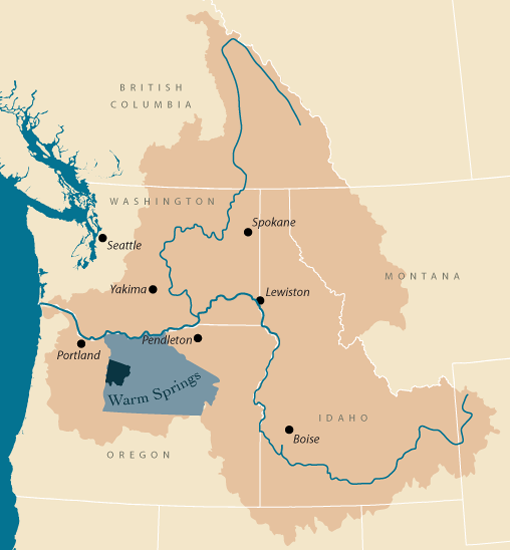 The Warm Springs reservation is dark blue and the land they ceded to the United States is light blue. The Columbia Basin is dark tan.

The Museum at Warm Springs

Warm Springs at a Glance