Two lamprey summits have already been held, bringing together tribal, state, and federal agencies to address lamprey decline and ways to reverse the trend. The Tribal Pacific Lamprey Restoration Plan emerged from the efforts of the second lamprey summit, and marks the formal beginning of a coordinated, concerted effort by the region’s governments and agencies to protect and restore these fish whose ancestors swam the earth well before the lands that comprise the Columbia River Basin had even emerged from the primordial ocean. 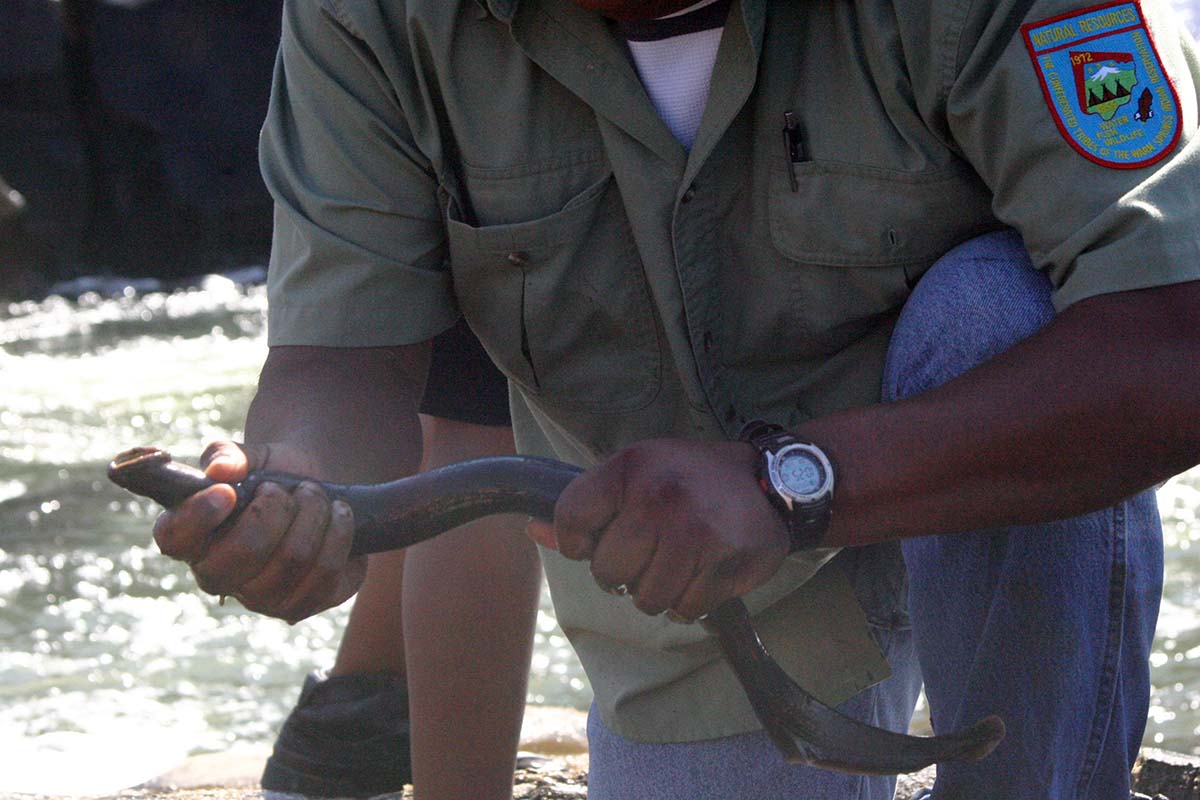 In 2007, the Nez Perce Tribe began translocating adult Pacific Lamprey into tributaries of the Snake and Clearwater River basins with the ultimate goal of reestablishing lamprey production in these streams. Through genetic monitoring of these efforts, the Nez Perce Tribe has been able to document direct evidence of reproductive success by translocated adults as well as monitor the timing and behavior of outmigrating larval and juvenile lamprey – progeny from the 2007 and 2008 translocations (Hess et al. 2015).

In 2010, Powerdale Dam was removed from the Hood River, which opened up miles of previously inaccessible stream sections for anadromous fishes. Through the monitoring and evaluation efforts of the Warm Springs Tribe, Pacific lamprey were documented recolonizing Hood River upstream of the old Powerdale Dam site. Utilizing the latest genetic monitoring techniques provided by the Columbia River Inter-Tribal Fish Commission, the Warm Springs Tribe was able to document 1- and 2-year-old larval lamprey in the upper reaches of the Hood River (Hess et al. 2015).

The Yakama Nation and the Umatilla Tribe have taken the lead on developing protocols and best management practices for the artificial propagation and larval rearing of Pacific Lamprey (Lampman et al 2016). Artificial propagation of Pacific lamprey larvae offers a new tool for restoration as well as provides resources to help identify limiting factors that will need to be better understood in order to conserve, restore, and manage Pacific Lamprey as a species.

High levels of pesticides, flame retardants, and mercury in Pacific lamprey may be contributing to their overall decline in the Columbia River Basin according to research by the U.S. Geological Survey and the Columbia River Inter-Tribal Fish Commission (Nilsen et al. 2015). Constituting the largest dataset of contaminants found in Pacific lamprey habitat and tissue, the research found that concentrations of some flame retardants and pesticides were several hundred times higher in larval and juvenile lamprey tissues than in the surrounding sediments. Using samples from throughout the Columbia River basin, this research provides insight into the bioaccumulation of toxics in lamprey and their likely impacts on lamprey development from larvae to adults. 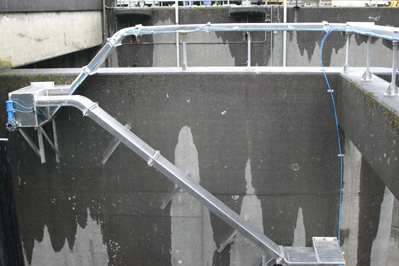 A lamprey bypass tube at Bonneville Dam. Using our current understanding of lamprey migration behavior, engineers have come up with this special passage system to help lamprey get up and over the dam. The fish ladder, with its sharp corners and fast flow, was designed for salmon; lamprey have significant difficulty passing and often just get swept back into the ladder mouth.