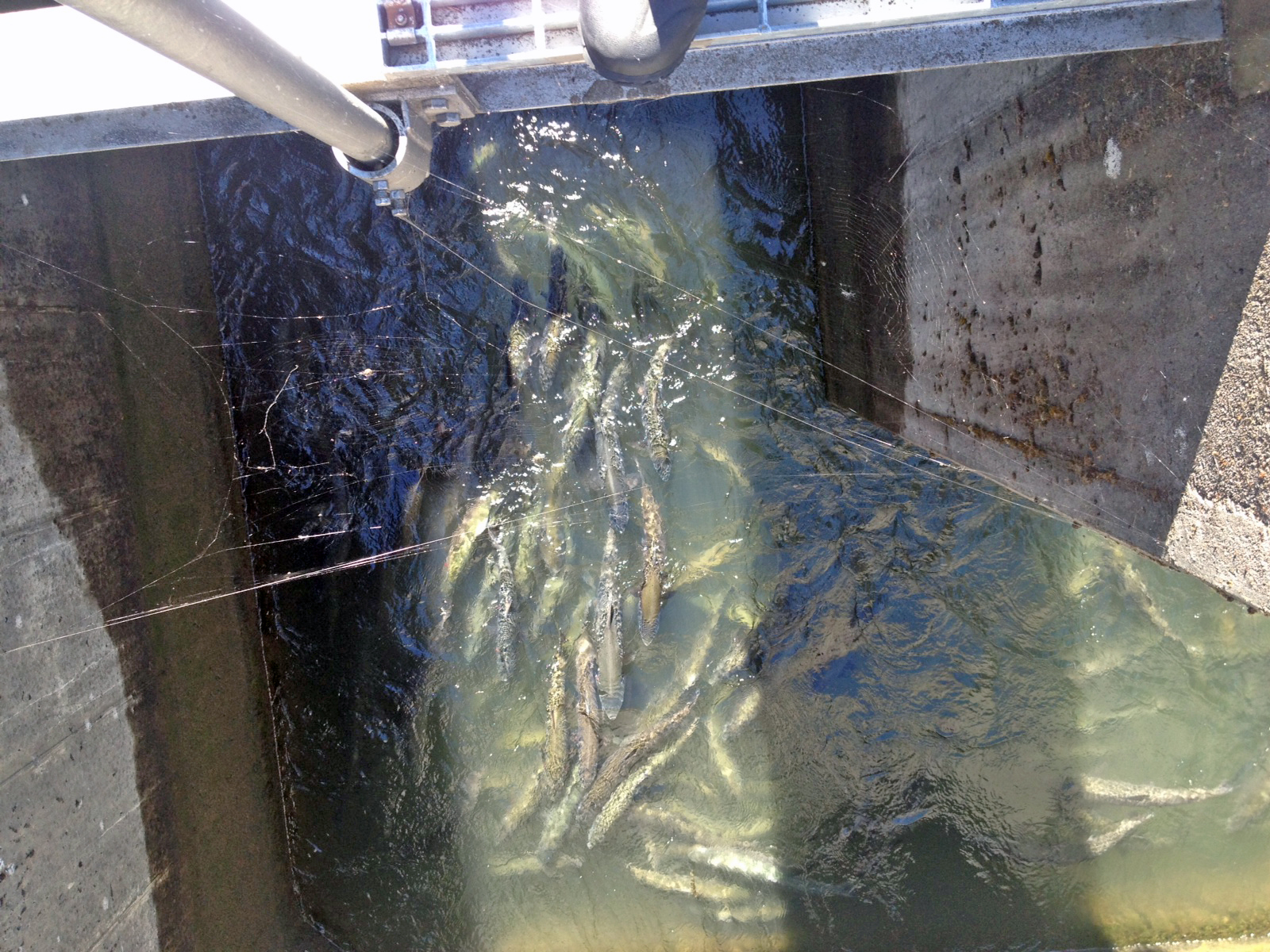 For the second time in 80 years, more than 2 million chinook, sockeye, coho and steelhead returned to tribal fishing and ceded areas above Bonneville Dam. Fall chinook contributed nearly half the total. (The returns include adults and jacks.) Fall chinook over Bonneville came to 1,037,000 fish, while the Snake fall chinook count was 70,800 fish. Both are records. The sockeye returns started out strong with 510,700 fish passing Bonneville only to have complications from hot water temperatures kill about half of them. Coho and summer steelhead supplied 42,200 and 365,300 fish, respectively—bringing the 2015 upriver salmon and steelhead returns to nearly 2.3 million!

“The tribes celebrate this year’s return and pledge to continue our protection and restoration work that helped make it possible.”

As many as 200,000 adult sockeye, steelhead and summer chinook died this summer because of elevated water temperatures. Extremely low snowfall levels the previous winter followed by high summer air temperatures—the results of a changing climate—caused the spike in river temperatures. Redds and migrating juvenile were also likely affected. 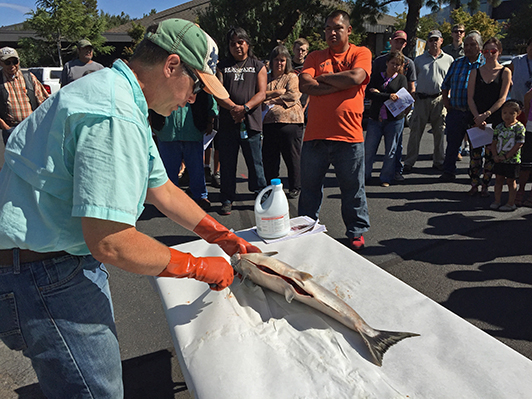 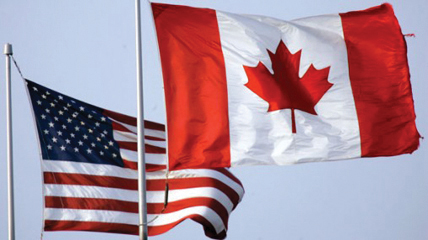 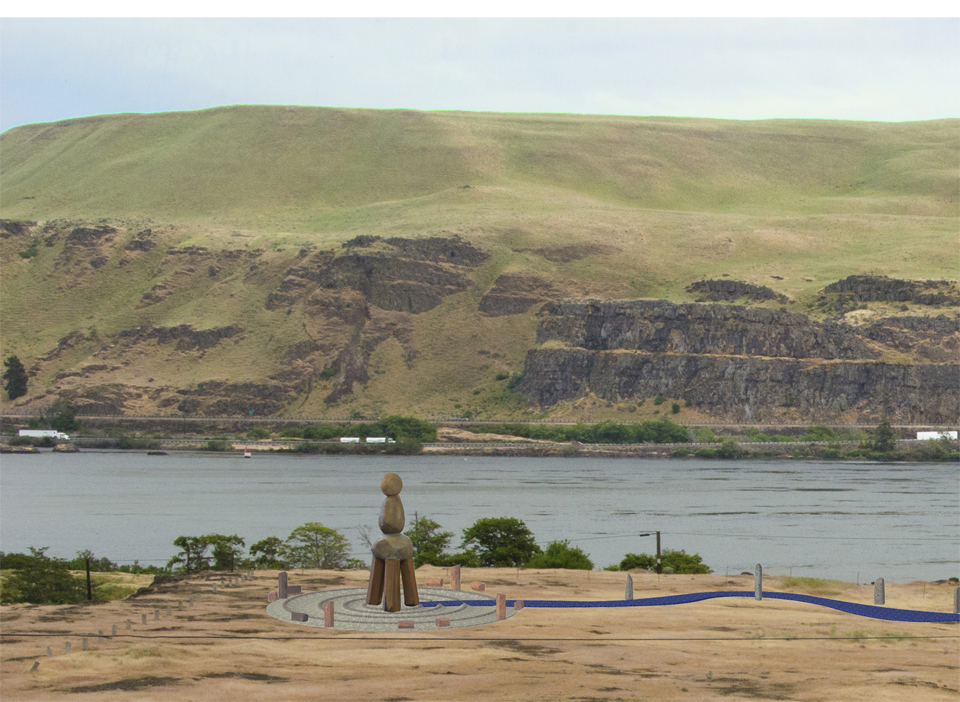 An important issue discussed this year on the U.S. side of the bilateral Columbia River Treaty process was the need to review flood risk management. The tribes want to enhance ecosystem function for fish and wildlife and to protect cultural resources in a way that minimizes the risk of damaging floods. Under the current treaty with Canada, flood management provisions would not protect against floods like the region saw in 1948 and 1894 or the country saw during the Sandy Hook and Katrina storms.

CRITFC and the Fishers Memorial Task Force continue to move forward with fundraising and logistical support for the project, which is a tribute to those who have lost their lives practicing their cultural fishing traditions. CRITFC, the U.S. Bureau of Indian Affairs, and Washington Department of Parks are working on a Memorandum of Understanding to site the Columbia River Fishers Memorial at Columbia Hills State Park near Dallesport, Washington. (Image is artist rendition)

CRITFC continues to help spearhead opposition to expanded fossil fuel transport through the Columbia River corridor. Numerous proposals are pending to transport and store coal, crude oil, and liquefied natural gas in areas along or near the Columbia River. To date, the tribes and CRITFC have filed about 20 affidavits on the legal, biological, and economic impacts to treaty resources and tribal members. In 2015, CRITFC and the Yakama and Umatilla tribes became parties to the Washington Energy Facilities Siting Evaluation Council proceeding concerning the 4-train, 360,000 barrel-per-day proposed Tesoro Savage oil transfer facilities in Vancouver, Washington. A recent draft environmental impact statement acknowledged that the Tesoro proposal could affect endangered salmon, water quality, wildlife, and vegetation. A new study published in November 2015 in the journal Atmospheric Pollution Research confirmed tribal fisher suspicions: Coal and diesel trains have a big impact on air quality in the Columbia River Gorge. Researchers found that a diesel-powered open-top coal train releases on average nearly twice as much of the small particulate matter that is easily inhaled and lodged in the lungs than a diesel-powered freight train. Also, in November, CRITFC supported the Portland City Council’s resolution to end large-scale fossil fuel projects in its jurisdiction; Portland joined other cities including Vancouver, The Dalles, Hood River, Stevenson, Mosier, and Washougal opposing fossil fuel terminals. (Photo: Columbia Riverkeeper) 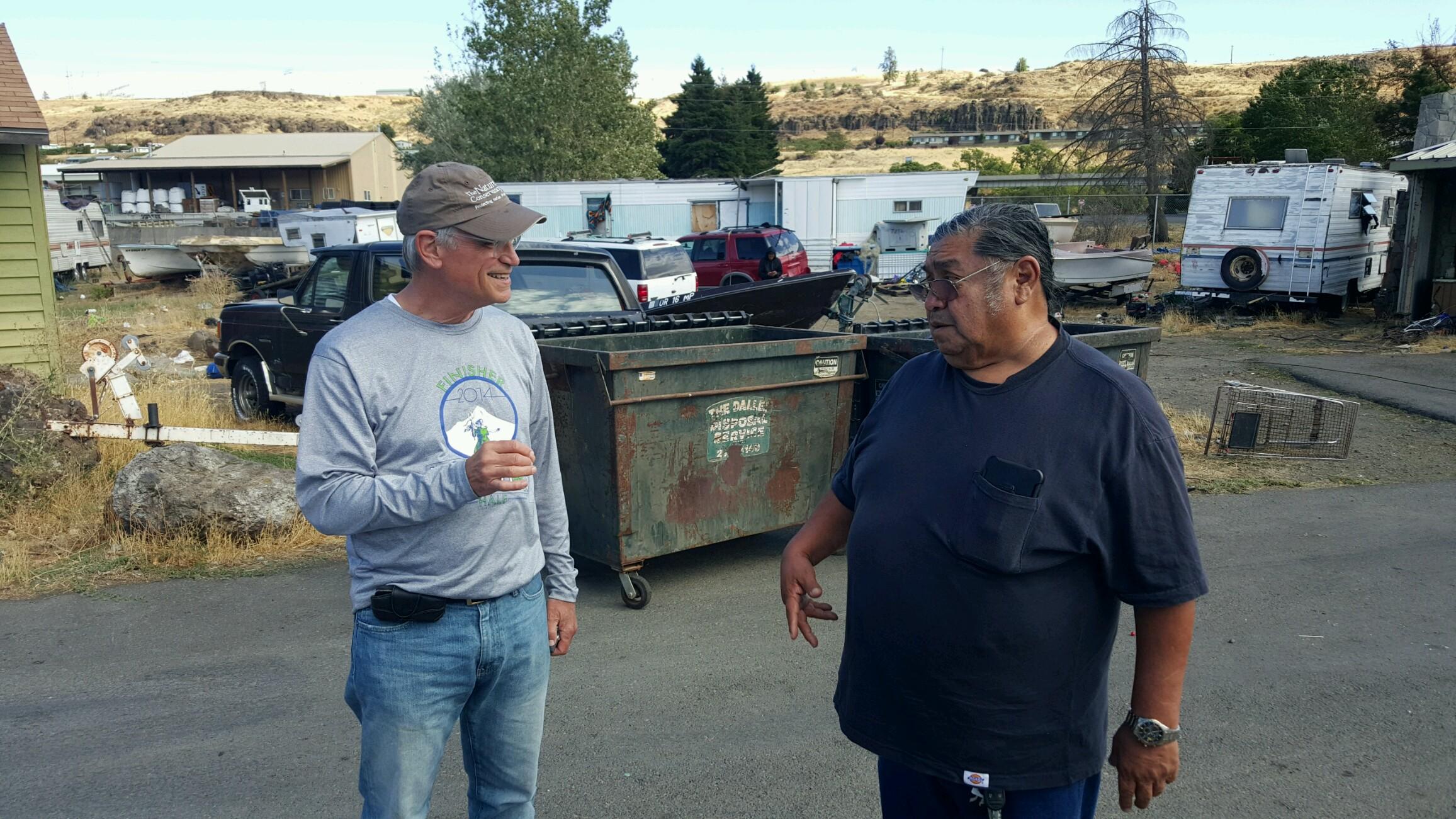 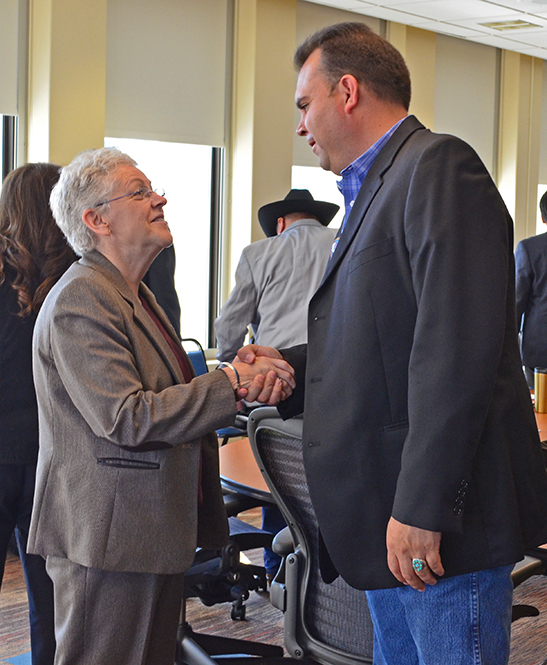 “I work for a President who really believes that we have a tremendous amount of work to do and that our obligations with the tribes haven’t been met. We want to make sure the door he opened with you never gets shut.” 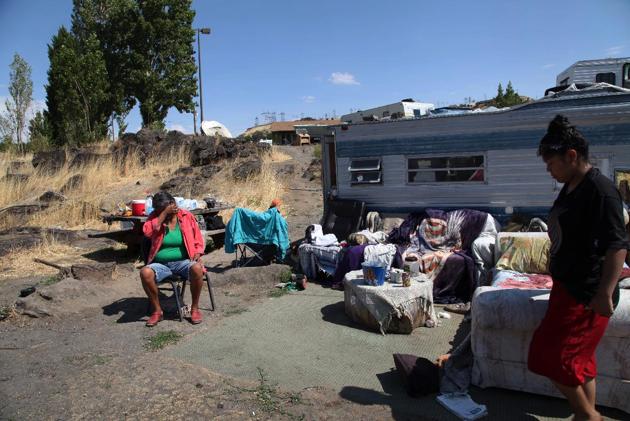 The loss of villages, homes and fishing access along the Columbia River made way for hydroelectric dams and other development. While new fishing access sites have been built, solutions for tribal housing have not yet been found. Last year, after many decades of denial, a Corps of Engineers report recognized the outstanding obligation to the tribes when homes and villages along the river were lost to dam construction. Meeting this year with members of the Oregon and Washington Congressional delegation and representatives of the Corps of Engineers, the tribes continue to press officials to address and fund this federal obligation. 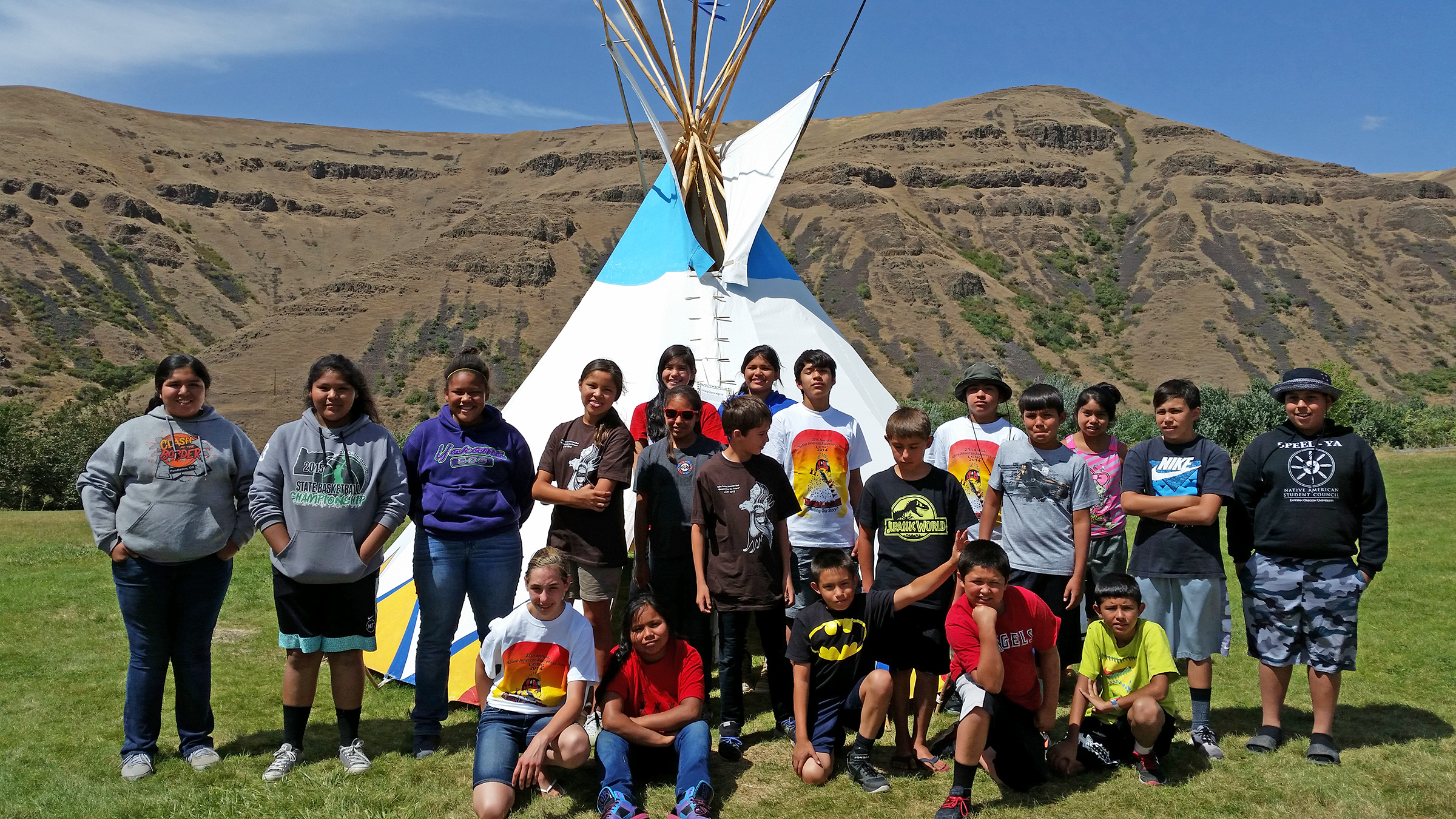 The fifth CRITFC Salmon Camp was held in July at Camp Whittman, Idaho, and hosted by the Nez Perce Tribe. Twenty campers spent five days having fun and learning. Highlights included touring the state-of-the-art Nez Perce Tribal Hatchery, root digging and First Foods preparations, a jet boat excursion through the culturally significant Hells Canyon, macroinvertebrate field studies, visiting with elders and storytelling around the campfire. The middle-schoolers, five from each member tribe, were introduced to career and educational opportunities in STEM (science, technology, engineering and math) fields and encouraged to starting thinking about and planning for college. Tribal Salmon Camp is part of CRITFC Workforce Development Program. 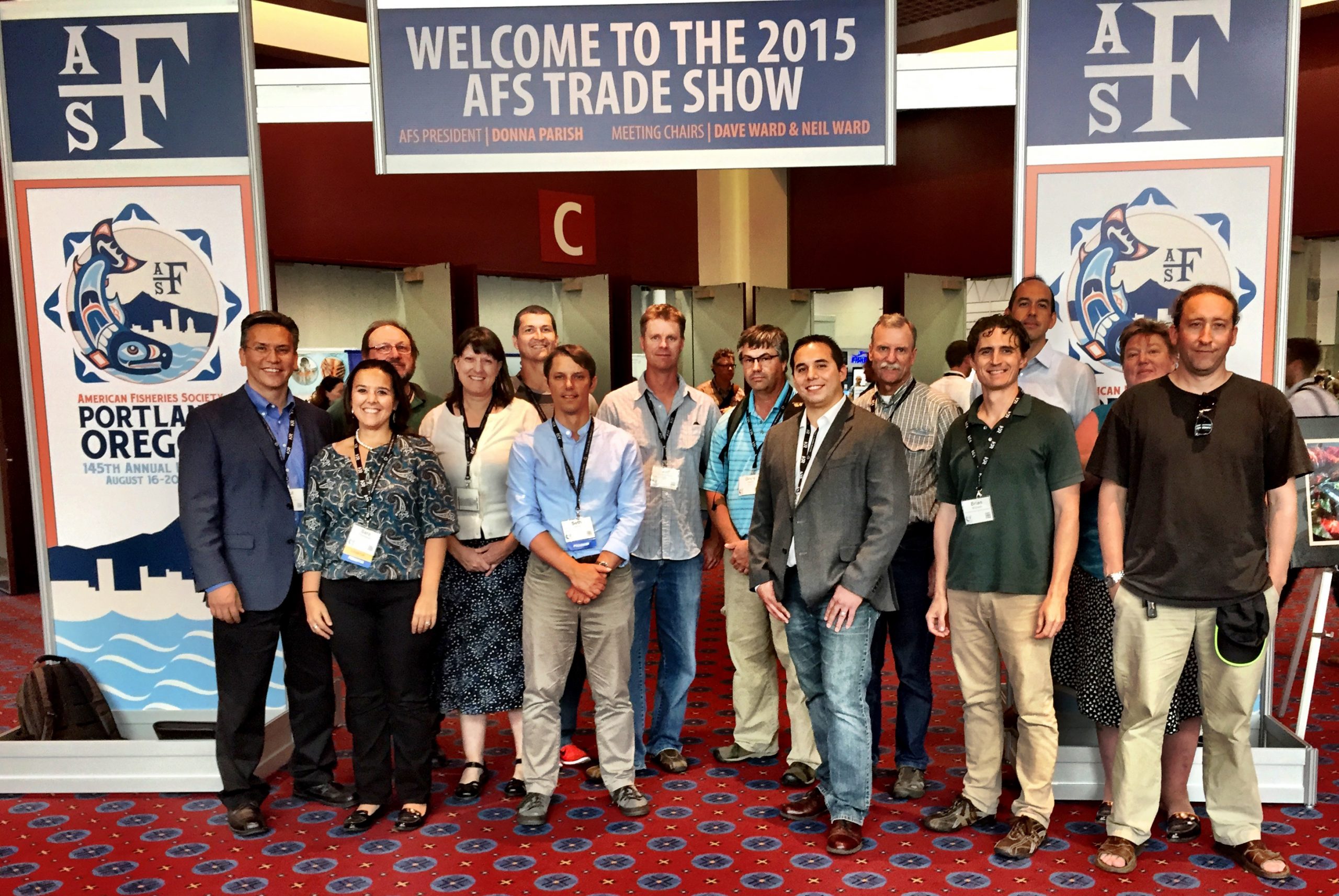 Held in Portland this year, the American Fisheries Society conference provided an opportunity for CRITFC to speak on tribal natural resources issues. During the four-day event, CRITFC and tribal staff gave 27 presentations, displayed 7 research posters, screened 2 documentaries, hosted a booth, and were an integral part of the conference’s development and operations. Yakama Nation leader Gerald Lewis provided the conference’s invocation. CRITFC Executive Director Paul Lumley gave the plenary session welcome address to the more than 3,500 fishery professionals from all over the world. The presentations highlighted tribal work in genetics, harvest management, fisheries research, sturgeon and lamprey biology, climate change, and many others. CRITFC, along with several other Columbia River basin tribes and First Nations, received the Society’s 2015 William E. Ricker Resource Conservation Award for leadership and work in creating a common vision for restoring ecosystem function and resiliency to the Columbia River Watershed. 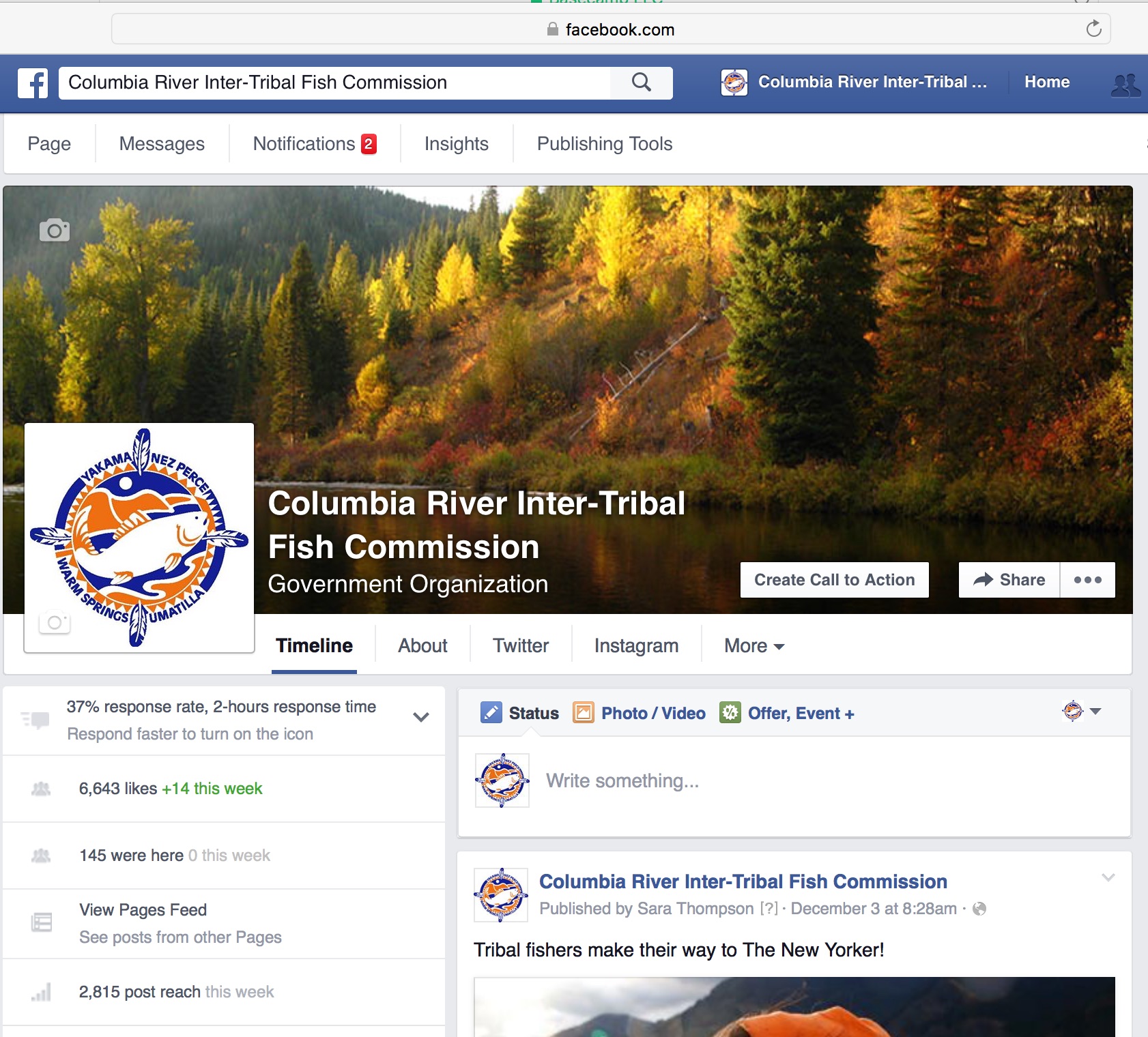 CRITFC and the tribes had great coverage in news and social media in 2015. Over 180 news stories and editorials included CRITFC, our tribes, and our messages. CRITFC’s website had 378,935 page views in 164 countries. With 6,678 likes, CRITFC’s Facebook posts were viewed 4,796,755 times. The Facebook page provides fishery information to tribal fishers, features tribal restoration projects, photos, and other American Indian topics of interest, and is a growing means for the general public to communicate with CRITFC. On Twitter, CRITFC has 774 followers who use it to interact with others who are keeping up with river restoration, climate science, and salmon news.