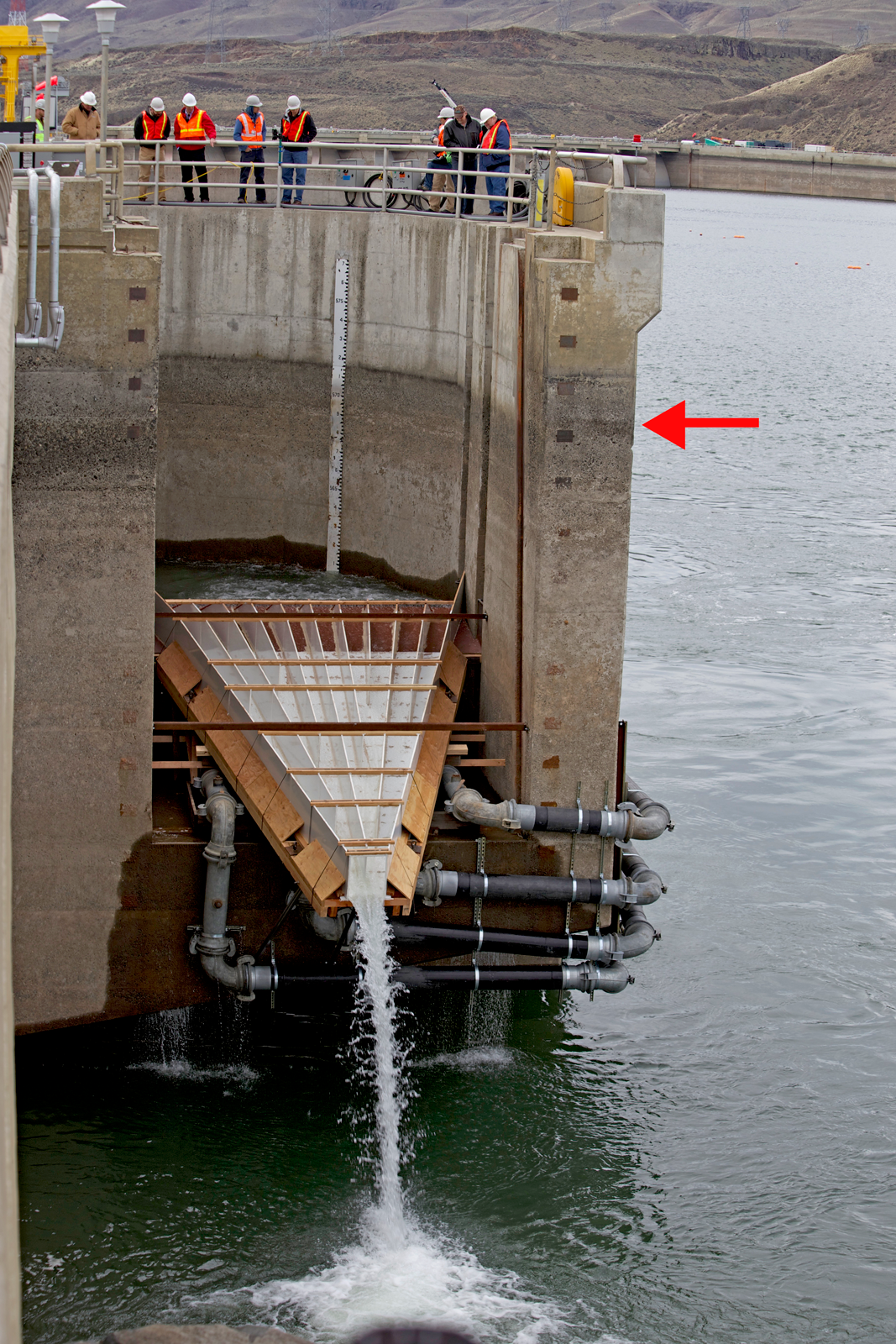 The Wanapum Dam fish ladder exit with a temporary fix that sends adult fish down a ramp into the water below. The red arrow indicates the normal reservoir level.

On February 27, 2014 a 65-foot fracture was discovered on the upstream side of Wanapum Dam’s fourth spillway pier. The fracture was originally two inches wide but was reduced to about one inch after the reservoir was drawn down 30 feet. This new level is below the required minimum operating pool. The cause of the fracture is still under investigation and is unknown.

The reservoir may remain at this lowered level until the crack is repaired. As a result, the fish ladder exits are stranded above the current water level. Grant and Chelan County PUDs have developed emergency fish passage plans to pass fish over the crippled Wanapum Dam and its upstream neighbor, Rock Island Dam, which is also affected by the Wanapum reservoir draw-down. This has created a situation where Wanapum Dam’s fish ladder exits are high and dry, while Rock Island Dam’s fish ladder entrances are high and dry.

CRITFC contacted NOAA to discuss how the lower pool range will affect juvenile passage. Wanapum relies primarily on a Surface Bypass Chute to pass juveniles. The reduced level will still provide some passage, but it is unlikely that it will be nearly as effective and the number of juveniles using it will be significantly less. The turbines at Wanapum were recently redesigned and the new turbines are safer for fish. However, they have never been tested at this low of a water level. Due to lower pool elevations at Wanapum the amount of water that can be passed though the powerhouse will be reduced by about 50%. The excess water will be spilled. Staff is working with NOAA to ensure that the spill patterns set up the best conditions for migrating juveniles.