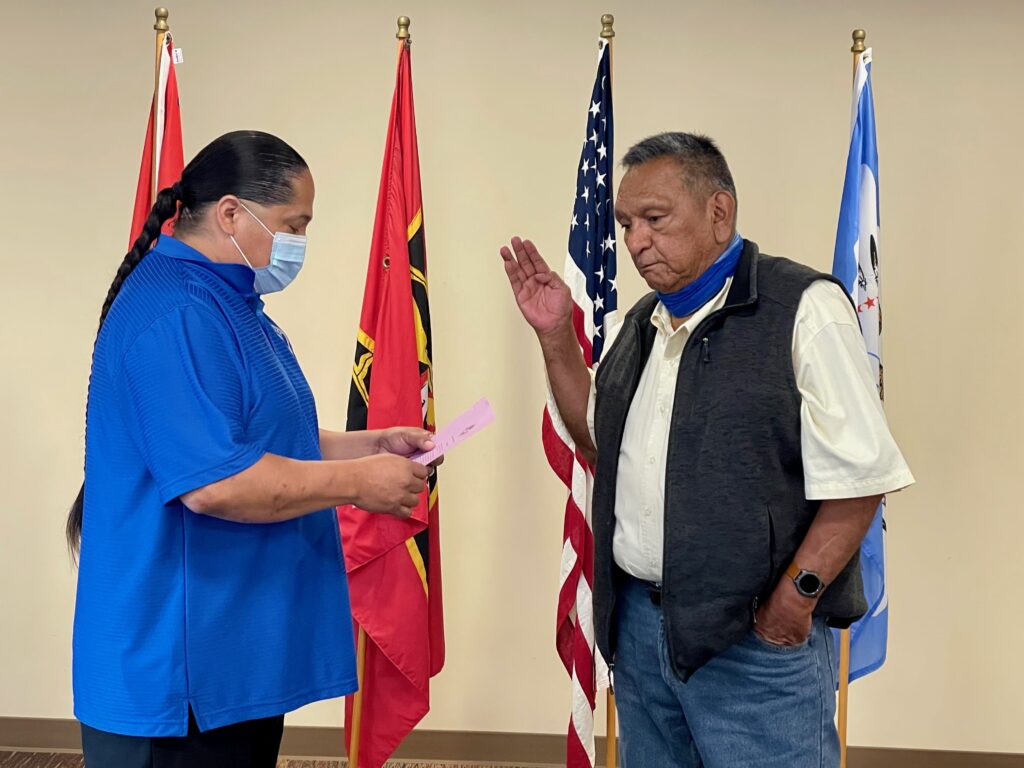 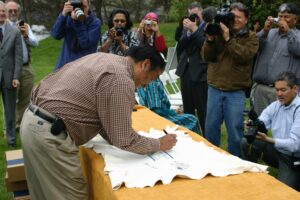 “It is a great honor to be selected to chair the Columbia River Inter-Tribal Fish Commission,” said Suppah. “The Warm Springs, Nez Perce, Umatilla, and Yakama tribes consider salmon and the other First Foods as the sacred center of our cultures. It is our duty to protect them. We will always work to protect salmon, lamprey, and tribal treaty fishing rights at all our traditional locations for today and future generations.”

Ron is from the Tyghpum band of the Itcheeskin-speaking bands of 1855 treaty signers. He practices the Washat religion and hunts and fishes for feasts and special spiritual ceremonies. He began ceremonial hunting for the Simnasho Longhouse when he was 9 years old and still regularly fishes for salmon on his family’s scaffold at Sherar’s Falls for ceremonial harvests and family subsistence. Ron is also a keeper of the longhouse songs and a drummer of those songs. 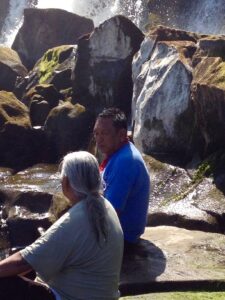 In addition to protecting the salmon resource, he is a passionate advocate for protecting lamprey and the treaty-reserved rights the four CRITFC member tribes have to harvest them. He harvests this First Food on the Warm Springs Reservation at Sherar’s Falls as well as at the Warm Springs traditional use area of Willamette Falls.

“My first trip to harvest lamprey at Willamette Falls with my family was in 1965,” Ron recalls. “In those days, we used row boats to get to the falls and spent several days gathering enough lamprey to bring back to the reservation to share among all the clans for ceremonies and feasts.”

“I have had the honor and privilege in working with Ron at the CRITFC table for about a decade,” said outgoing CRITFC Chair Quincy Ellenwood. “He brings a lot to the table for the well-being of all four CRITFC member tribes. I look forward to serving with him as our new CRITFC Chair.”

The other CRITFC officers elected for the 2022-2023 term were Corinne Sams (Umatilla), vice-chair; Jeremy Takala (Yakama), secretary, and Quincy Ellenwood (Nez Perce), treasurer. The election of CRITFC officers takes place every June with the seats rotated among the four member tribes. 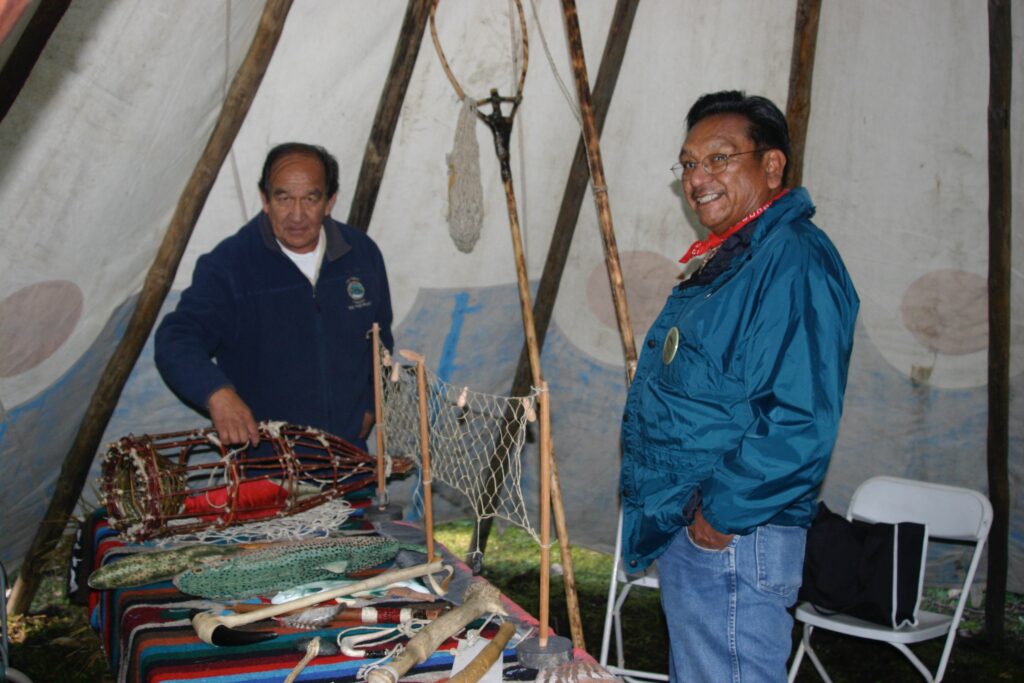