Then in 2001, thanks to an agreement among three irrigation districts, the Umatilla tribe, and federal agencies, the Walla Walla River started flowing all year long once again. This agreement supplemented earlier tribal, state, and landowner partnerships to improve fish passage and habitat. These actions to restore instream flows improved the likelihood that the tribe’s reintroduction program, started in 2000, would succeed.

Protecting and Restoring the First Foods

The Umatilla tribe’s mission for its fishery and natural resource programs is “to protect, restore, and enhance the First Foods, water, salmon, deer, cous, and huckleberry, for the perpetual cultural, economic, and sovereign benefit of the Confederated Tribes of the Umatilla Indian Reservation…”  The tribe began its spring chinook reintroduction program because the tribe relies on spring chinook culturally and spiritually and recognizes the species’ importance in the Walla Walla River’s ecological functioning. To jump-start the program, the tribe released surplus Umatilla and Ringold adult spring chinook into the South Fork of the Walla Walla River. Needing additional broodstock, the Umatilla tribe was able to acquire an additional 250,000 spring chinook smolts from Carson National Fish Hatchery in Carson, Washington as a result of a U.S. v. Oregon† Interim Management Agreement. In 2005 the Umatilla tribe successfully reprogrammed these fish for release into the South Fork Walla Walla. The Umatilla tribe’s spring chinook reintroduction in the Walla Walla River is demonstrating how, when given the opportunity, adult fish will return, spawn, and rear in available habitat. Since the program began, adult spring chinook returns to the upper Walla Walla River and Mill Creek have increased from 200 fish in 2004 (the first year of returns) to 1,135 in 2009. The tribal goal is 5,500 adults to the river mouth. Due to the program’s success, the tribe was able to open a tribal fishery on the Walla Walla in 2010, the first time in nearly a century. † U.S. v. Oregon is a 1968 treaty fishing rights case under the continuing jurisdiction of the federal court. The case and related agreements involve the Warm Springs, Umatilla, Yakama, and Nez Perce tribes and state and federal agencies.

The Next Step: A Spring Chinook Hatchery

The Umatilla has a hatchery master plan for developing spring chinook production facilities for the Walla Walla Basin. The plan’s goals are to restore harvest and natural production while naturalizing a local stock to the system. The tribe believes these goals can be achieved in a reasonable amount of time by using hatchery technology rather than waiting for natural recovery through straying and recolonization, which may not occur within any relevant timeframe. The endemic chinook population in the Walla Walla had been extirpated (extinct) for some 80 years when adults from Carson hatchery were first outplanted in 2000. The current level of natural production was reestablished from these Carson stock outplants. To improve natural production in the system, the proposed program would naturalize a run and work to build genetic and life-history diversity through best management practices and progressive hatchery actions. The master plan’s guidelines aim to create a “localized” stock and minimize hatchery effects on the reestablished natural populations. The recent returns of naturally reared fish derived from Carson stock adults outplanted in the Walla Walla seem to be performing well. Download a print version of the Walla Walla River Success Brochure. 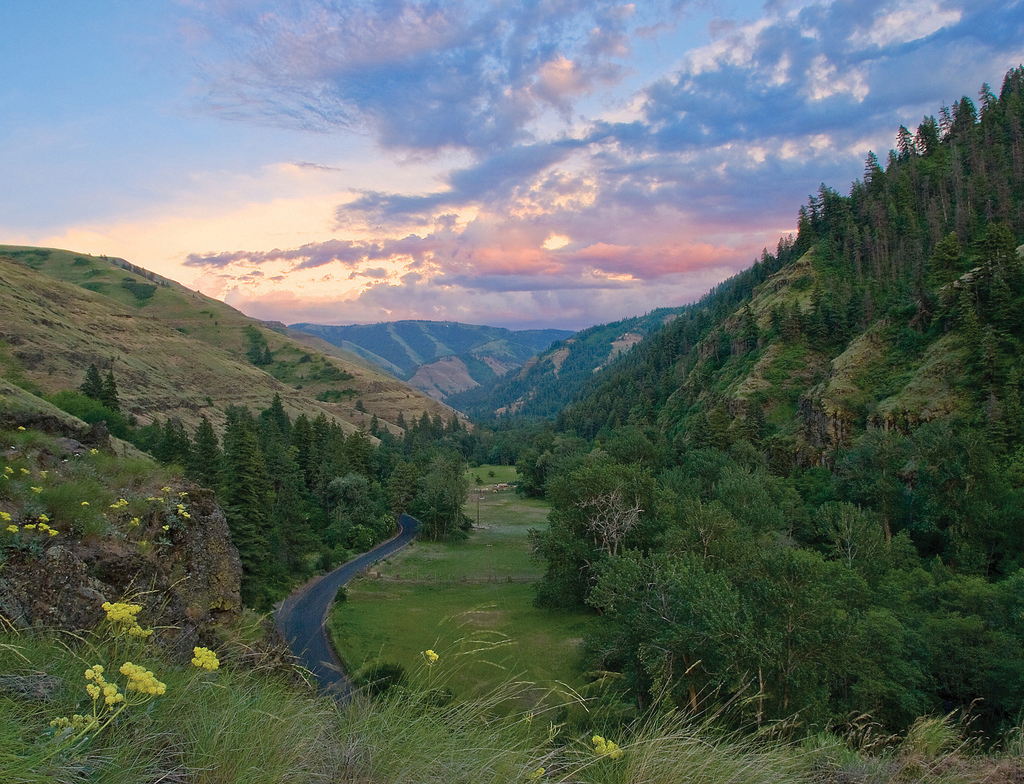 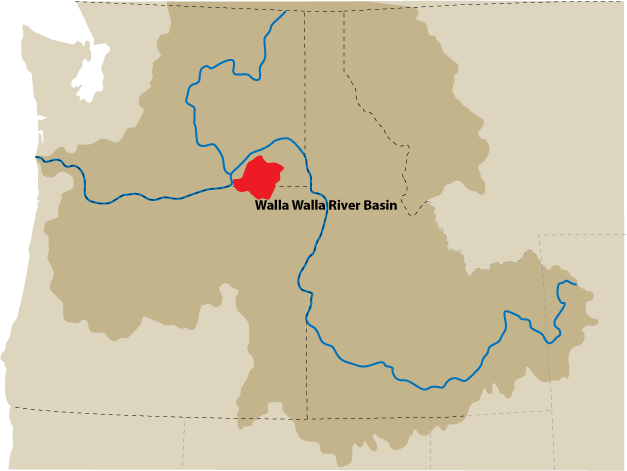 The Walla Walla River Basin lies in Oregon and Washington. 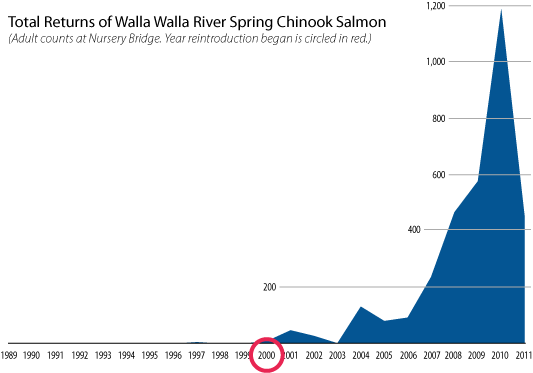 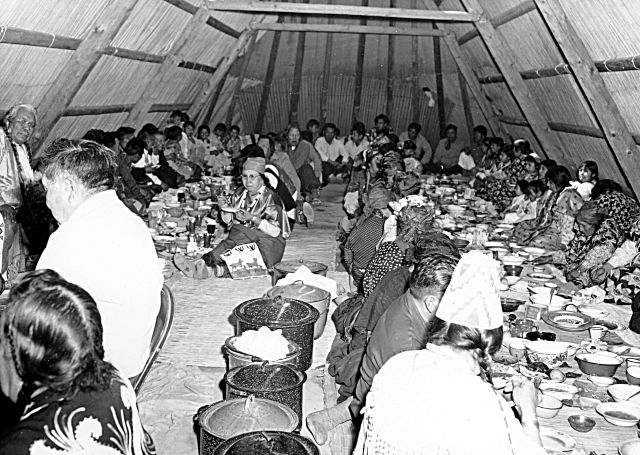 A salmon feast at a tribal longhouse. Salmon and water are the first of the First Foods. In the spring, when the tribes celebrate the salmon’s return, tribal longhouses and churches must have spring chinook—no other fish will do—for their First Salmon ceremonies.